The End of Ice

I’m supposed to be writing about wine, coffee and climate change. At least, that is what I had planned to write about, but I can’t think of anything other than my experience this morning at an art installation called Ice Watch (#IceWatchParis). So I may need to leave the wine and coffee for tomorrow, because the ice will not wait – it is melting fast. 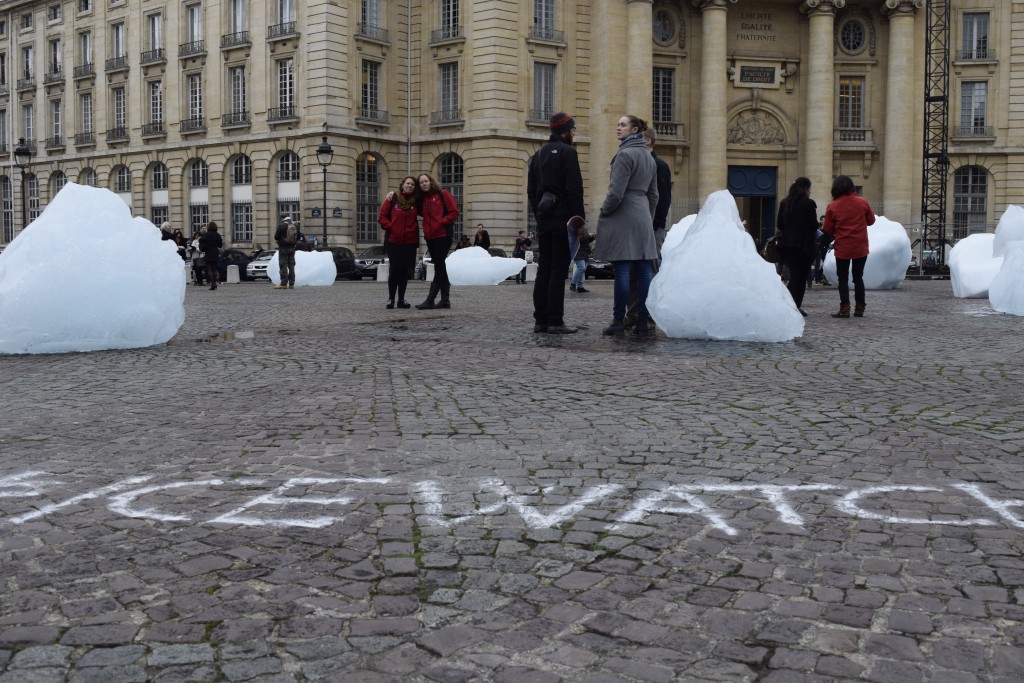 This powerful installation houses 12 massive pieces of free-floating ice – 80 tons in all – that calved from the Greenland ice sheet and were relocated here to the Place du Pantheon and placed in the formation of a clock. The artists, Olafur Eliasson and Minik Rosing, describe the display as a tangible and immediate testimony of the dramatic effects of climate change. They quote the French Foreign Minister, Laurent Fabius, as saying, “The Arctic is indeed the gatekeeper of climate disorder: for years, this region has been sending us signals that we cannot neglect anymore. The international community must hear them and turn them into acts.” 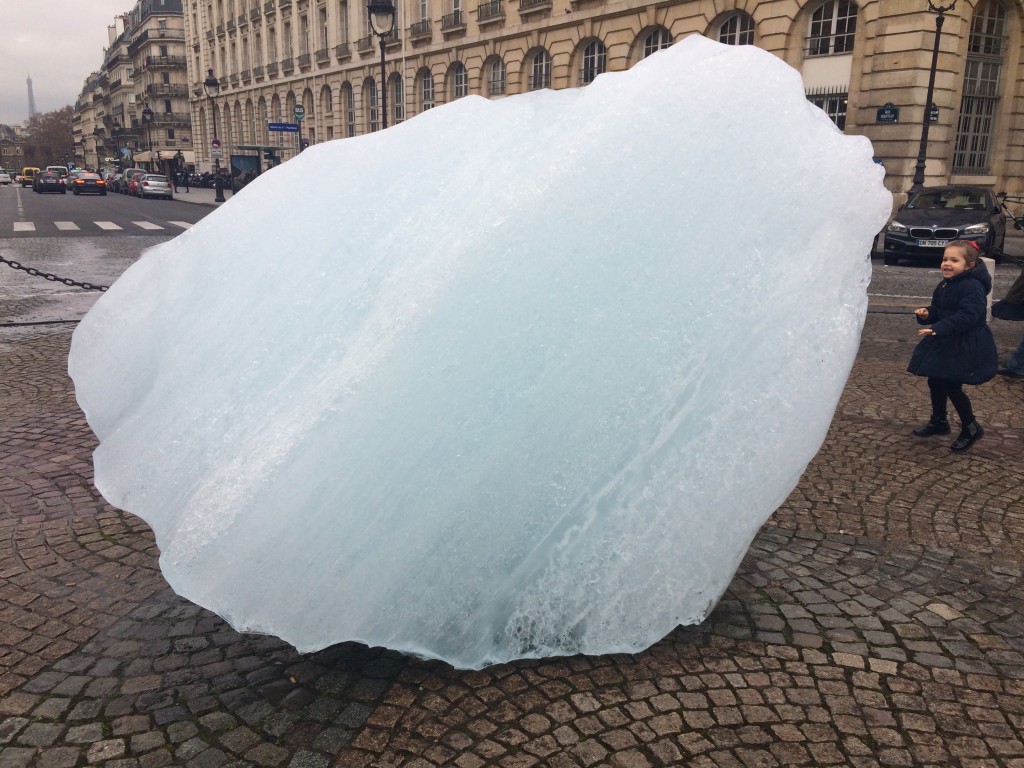 I cannot adequately describe in words the impact of these large pieces of beautiful, blue, gorgeously-shaped, rapidly-melting pieces of ice. Pictures and words don’t do justice to the visceral effect of standing in the middle of these massive pieces of ice while the bells tolled in the plaza. I openly wept. Not the teary-eyed, this-is-so-sad kind of cry, but a guttural, wrenching wail. Kristen held me and comforted me, but the immensity of what we are trying to accomplish here in Paris; who we are trying to do it for; and how quickly it is all slipping through our fingers came crashing down on me. It could be the lack of sleep, or the intensity of the COP21 schedule, or knowing that our founder, Will Steger, has watched every major ice shelf he has crossed disappear into the ocean, but regardless, I felt an urgency and a passion that I know others here in Paris and around the world share.

I left the plaza spent and bleary-eyed. We made our way to the Climate Action Zone, which is a public art space with workshops and actions. One of the first things that drew our attention was the sound of live Peruvian music. We quickly made our way to the second floor and witnessed what we soon realized was a funeral procession by a group of people from the Peruvian Andes, carrying a large block of ice. It was again an immediate connection with the end of ice in these mountains, and what that means for the people and culture that depend on this ice pack for drinking water, crops and survival.

It was a powerful day out of the negotiation rooms and in the streets of Paris – reminding us of what we have at stake. My day ended on a positive note, with the news that a 1.5 degree Celsius goal, as opposed to a 2 degree goal, seems to be gaining momentum in the talks. Both Germany and France support this, and other countries are beginning to get on board. This would be a HUGE win for COP21, as Al Gore said recently, “2 degrees was never a scientifically determined goal – it was a political compromise.” Everyone knows that a 2-degrees-warmer world means dramatic climate repercussions. So, here’s to hoping for a continued push for an aggressive goal and for the preservation of the livelihoods of all cultures.